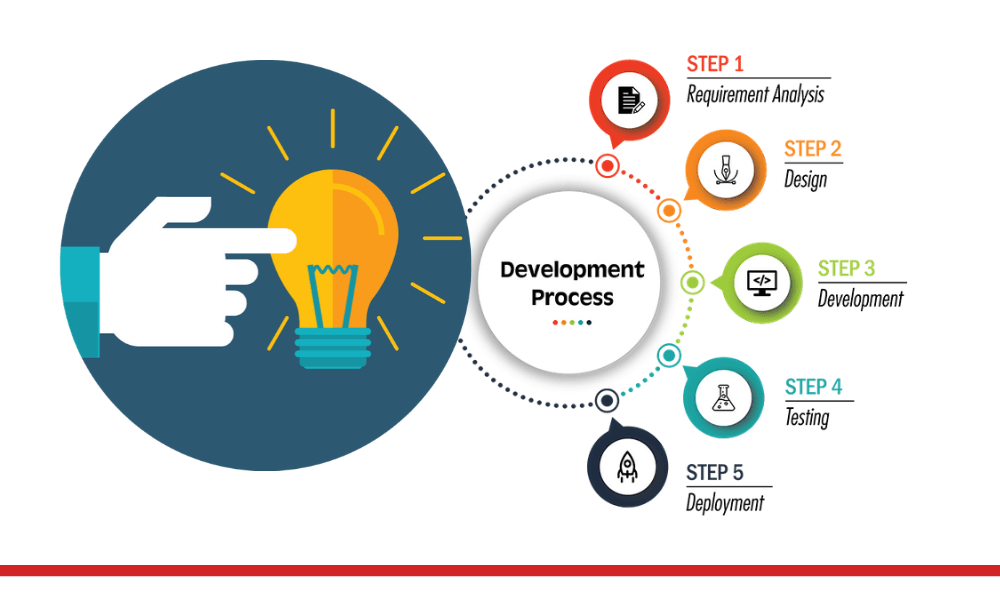 What is App Development

Mobile application development has been trending upward for years. This subcategory of software development specifically refers to applications that run on mobile devices.

Mobile apps are built for different operating systems, like iOS and Android. By leveraging the built-in features of smartphones, apps offer an enhanced user experience compared to mobile web browsing.

More than 78% of people worldwide own a smartphone. What are people doing on these devices? They’re using apps.

These apps fall into a wide range of categories, including gaming apps, music apps, calendars, communication apps, and more. I’m sure you’re familiar with some of the world’s most popular apps like WhatsApp, Spotify, HeadSpace, Facebook, and Instagram.

Creating an app is a great business decision. But first, you need to understand the mobile app development process—which is why we created this guide.

What Is Mobile App Development?

Mobile app development is the process used to create software for smartphones, tablets, and mobile devices. The overall process includes writing code to create the software and designing the app.

For example, apps can leverage mobile features like GPS, Bluetooth, a camera, a microphone, and other functions that are pre-built into a smartphone.

Apple and Android apps dominate the global market share for mobile apps. So while it’s possible to create apps for other platforms, most apps target these two markets.

It’s also worth noting that there are several different app development frameworks to choose from. So you’ll have lots of options to consider, which we’ll cover in greater detail throughout this guide. The app development process is simple when you break it down into different steps. If you want to build apps, follow the formula below:

Refine The Idea And Strategize

Before you start any software development, you must first brainstorm your ideas. Some of you might already have a basic idea or concept. Others might be starting from scratch.

Here are some helpful starter questions that you should be asking yourself:

It’s easy to get carried away during the brainstorming process. But it’s really important to stick to the app’s core features. Forget about unnecessary add-ons or “nice-to-haves” that deviate from the app’s primary function.

Once your idea is finalized, you need to look at similar apps that already exist. It’s rare to have a completely new concept with zero competition.

Market research is an important step you can’t afford to skip or rush through. You don’t want to spend time and money developing an idea only to realize that there’s no market need for it. So you can save yourself a ton of money by getting this sorted out before you start building anything.

The mobile app design process is another crucial part of the process. Start thinking about how your app will look and feel. Start drawing some sketches and create wireframes to see how the app will work.

Focusing on the user experience must be a top priority. You need to make sure the user interface is seamless and easy to navigate.

You’ll want to create some prototypes of the app based on your wireframes before you start to build a fully-functional app. From here, you can create an MVP (minimum viable product). This is a bare-bones app that achieves its primary goal without all of the bells and whistles.

Now it’s time to actually create the app. This includes all of the back-end technology, APIs, and front-end building. Here’s what you need to do:

Depending on your development method, you might need to build two separate versions of the app—one for iOS and one for Android. Alternatively, you can use cross-platform development tools to create a single version of the app that works on both operating systems.

This process will look a bit different for everyone. Some apps can be built in a month with a single developer. Others can take six months or a year with multiple developers.

The type of app you’re building and the complexity of its features have a significant impact on the timeline and budget for app development. A simple app with basic features should be quick and affordable to build. But a complex app that needs user authentication servers, GPS capabilities, real-time communication between users, and other similar features will obviously take a bit longer to develop.

Before your app goes live, you need to make sure that it actually works. App testing is when you’ll find bugs, glitches, and anything else that needs to be cleaned up before it gets put in the hands of your customers.

No app is perfect. The purpose of your testing is to put out a functional app that works without crashing so users can enjoy the experience.

You can also make updates to your app and release new versions later on. But trying to make sure the app is perfect during the testing phase could mean your app never gets to market. So don’t be too hard on yourself, and just try to put out a solid product. What Are The Best Mobile App Development Platforms?

With so many options available on the market for app development, you’ll need to narrow down your options based on your skills, goal, app type, and budget. The following tools not only allow you to create an app. But they also make it possible to test, optimize, debug, and maintain your app post-launch.

Here are the best app development platforms on the market today: BuildFire is the most powerful no-code app builder for iOS and Android. Users with no technical knowledge or coding experience can use BuildFire to create a fully customized app from scratch. It’s an excellent option for startups and existing businesses alike. Adding functionality is as simple as installing plugins from the BuildFire feature marketplace.

BuildFire also offers full-service app development. You can come to BuildFire with your idea, and the development experts will create your app and even maintain the app for you post-launch. Unlike other app development companies, BuildFire is a partner in your success. This partnership includes app strategy sessions, design, wireframes, prototypes, and everything else you need to develop a stunning app for your business.

Another unique standout of BuildFire is its limitless functionality. Even if you’re using BuildFire’s DIY builder to create an app on your own, you can still add custom features to the app. If you don’t see a feature that accommodates your needs in the plugin marketplace, BuildFire can create that feature for you.

Alternatively, you could hire your own developer and use the BuildFire SDK to create custom functionality using Javascript, HTML, and CSS. You have the ability to add any framework you want using BuildFire’s existing infrastructure.

Overall, BuildFire is the best solution for mobile app development on the market. Regardless of your app type, business size, skills, or budget, BuildFire has a solution for you. Flutter is an open-source framework that lets you create cross-platform apps with one codebase. Created by Google and released in 2017, Flutter is a relatively new concept compared to other options on the market.

You can use Flutter for mobile development and web applications for iOS, Android, Linux, macOS, Windows, and more. It’s a great option for anyone who wants to build desktop apps and web apps using a single codebase written in C, C++, and Dart.

Xamarin is another open-source UI framework for Android, iOS, and Windows applications. It uses C# and .NET to create cross-platform apps with a single shared code.

This platform is popular because it allows users to create apps with a similar look and feel across different platforms and devices. In many cases, the applications will feel like a native deployment. Xamarin also has a wide range of developer toolkits for Windows and Mac. It integrates with native APIs, backend services, and more. 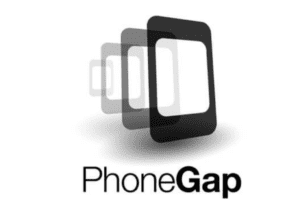 Adobe PhoneGap is a bit different from the other options. You can create an app with PhoneGap using JavaScript, HTML5, or CSS3. PhoneGap also has a plugin feature for adding functionality.

It’s also worth noting that PhoneGap is a distribution of Apache Cordova. So you’ll often see these terms used in tandem. Apache Cordova is essentially the engine that powers PhoneGap.

App development today is very different from the past. Historically, low-level coding for native development was the only option. So if you wanted an iOS app for the Apple App Store and an Android App for the Google Play Store, you needed to code two different versions from scratch.

But the barrier to entry for app development today is much lower. App development tools, languages, and platforms are more integrated, and Javascript is used for cross-platform codes.

This makes it much easier for e-commerce companies, existing businesses, and entrepreneurs to develop native apps from scratch.

Here’s a brief overview of the different types of apps and what makes them unique for development:

Native apps are installed directly on a mobile device. These are typically installed through the Apple App Store or Google Play Store. In most cases, native apps can work without any internet connection, and they leverage existing features of the device they’re installed on.

Developing a native app means writing code specifically for the operating system of the device.

With a cross-platform app, the same code is used for all platforms. So you can write your code once, and the app can still be installed natively on both iOS and Android devices.

Hybrid and cross-platform are often used interchangeably, although they aren’t exactly the same. Similar to cross-platform, hybrid apps can be written once and work on both platforms.

PWAs are apps delivered through the web, as opposed to being natively installed on a user’s device.

Modern technology has made PWAs look and feels extremely similar to a native app experience. You can even send push notifications to users, which get delivered via the web browser. But PWAs will be a bit more limited in what they can achieve using the native features on a device. Let’s take a look at the pros and cons of cross-platform apps compared to PWAs. This will help you determine which option is better for you, your app, your budget, and goals.

Now let’s take a look at hybrid apps compared to native apps and see the pros and cons of these development frameworks.

There’s a lot to unpack with mobile app development. But whether you’re creating cross-platform apps or native apps, you always need to prioritize the user experience.

Your app’s functionality needs to meet its primary use case, and the interactive features must be easy to navigate.

There are tons of different paths to take for app development. The best option for you depends on your budget, goals, timeline, technical skills, and app complexity,

Overall, BuildFire is the best option to consider because the platform is so versatile. BuildFire has a no-code DIY solution that’s great for entrepreneurs. We also offer full-service app development that includes post-launch maintenance and support.

Want to learn more? Request a free consultation to chat with one of our app development experts.